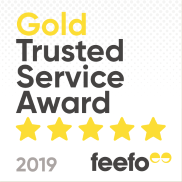 Try the great tasting flavours and collectable dispensers; PEZ is more than just a sweet! It's the pioneer of "interactive candy" that is both enjoyable to eat and fun to play with. PEZ Dispensers are a hot collectable for adults and children alike as well as being a staple and part of American pop culture.

Fun Fact #1 The word PEZ was created using the first, middle and last letter in the German word for peppermint PfeffErminZ.

Believe it or not, people actually pay big bucks for these things! The highest price ever paid was $3600 for a rare Big Top Elephant, which was sold by David Welch in July, 1995.

Fun Fact #3 Over 1 billion of these little bundles of compressed sugar are sold each year!

The most unusual flavours have to be the discontinued ones: Chlorophyll mint, Cinnamon, Coffee, Eucalyptus, Flower (just what do flowers taste like I wonder?), Liquorice, and Menthol! Crazy Stuff!

Fun Fact #4 The first PEZ dispensers were known as regulars and did not have character heads on them. They were marketed to adults as an alternative to smoking. Original dispensers have sold for more than $100 each!

In the 1970s, three historical figures were created: Betsy Ross, Daniel Boone, and Paul Revere, which were released as part of the Bicentennial series. These dispenser heads were not made to actually look like the people they represented, but instead used generic faces with different accessories.

What are the different Pez characters that have been produced?

Star Wars Pez dispensers have been amongst the most popular collectibles since the 1990s. We sell them here at Keep it Sweet! Including characters such as Yoda and Darth Vader!

2008- Star Trek dispensers were released in a gift set with the seven original series crew and the Starship Enterprise. A second Star Trek gift set, based on The Next Generation series, was released in fall 2012.

2009- 70th anniversary of The Wizard of Oz, Pez released a boxed set with dispensers in the likenesses of the following characters: The Cowardly Lion, The Tin Man, The Scarecrow, Dorothy Gale, Toto, Glinda, The Wizard of Oz, and the Wicked Witch of the West. Only 300,000 sets were made.

2010- Pez released a Snow White and the seven dwarfs set, featuring a story book. These are the first characters featured on the "Short Stem" body. Only 250,000 sets were made.

Fun Fact #5 There are around 600 different PEZ dispensers with a few thousand slight variations within those unique designs!

So be inspired to choose your very own PEZ today!